Welcome to my blog

Welcome to my website. I hope you will enjoy the eclectic collection of short stories and essays. They are all very close to my heart, in whichever genre. I always welcome comments and feedback. Once again, I hope you enjoy my site. Thank you.

Miserably tired, Steven must face another day.  It was Thursday, with only two work days left until he could enjoy the weekend and get some sleep.

Working with the union at the automobile factory, the work was hard, but the pay was good.

First thing that he did after he awoke was to walk into the kitchen and make a pot of coffee.

Savoring every sip, he looked out into the yard and noticed the sun coming up through the leaves on the trees.

“No breakfast this morning, there wouldn’t be time.”

He finished his second cup of coffee to go upstairs and shower before work.

His wife and children were still sleeping.  His wife, Penelope, would be awake very soon to make the kids breakfast before they went to school.

Penelope was sleeping and Steven felt the familiar warmth of love in his heart as he looked upon her.

He went into the bathroom and shaved and brushed his teeth before showering.

It was still very early.  He had to be to work no later than 8:00 o’clock and traffic was always bad.

Steven finished shaving.  In the mirror, he noticed the dark circles under his eyes.  Brushing his teeth, he contemplated the new day.

The monotonous nature of his work created a mundane routine in his life.  He had co-workers and some friends at the factory, but every day at work he kept an eye on the clock waiting for the bell to ring and for it to reach the time to clock out and go home.

He was good at his job and had received a number of promotions over the years which now placed him as a stationary foreman in his sector.  He was in charge of over twenty men and enjoyed the latitude his placement allowed.

As he drove to work this morning, traffic was heavy on the freeway.  He stopped at a donut shop on the way, as he often did, to grab a glazed donut and a cup of coffee.  The familiar faces were welcoming.

He picked out his donut and asked for a large coffee as the clerk wished him a good morning and sent him on his way.

As he continued his journey to work, he listened to the news station on the radio.  The newsman discussed the situation in TheUkraine in a daunting manner.  It seemed that many were worried about the ramifications that might result from the crisis.

As for Steven, he didn’t let it bother him much.   He figured that the situation would take care of itself and that everything would turn out right.

Baseball season was going to start soon.  “I’m betting on the Yankees,” he thought to himself.

Steven changed the station.  In another fifteen or twenty minutes he would arrive at work.  Right now he felt like listening to some music on the radio.

One of his favorite songs started playing on the radio.

He almost began singing along to the catchy lyrics, but chose not to because of his insecurities about his own singing abilities.

Yet, the song playing on the radio immediately lightened his spirits and made the impending day seem less intimidating.

Arriving to work, he had a parking space reserved.  It seemed like a minor convenience, but it made his trivial day more accommodating.  On salary, he still needed to clock in every morning.  They said it was a matter of bookkeeping or something.  But, it was no matter to him.  He got paid the same regardless of showing up ten minutes early or fifteen minutes late.

“Good morning, Steven,” one of the workers greeted.

As the crew arrived each of them would meet in the lobby to enjoy one more cup of coffee before they got ready for the new work day to begin.  Welcoming each other with smiles, it brought camaraderie to the floor of the factory.

Most of the employees arrived around 8:00 in the morning, but their work didn’t begin until about 9:00.  They were all very familiar with their jobs and were quite good at it.

They all shared similar routines, in which Steven was the boss.  If there was some sort of problem with the equipment, Steven was in charge of getting it fixed.  If it were time for a break or anything else of that nature, it was Steven’s call.

The only change to the routine was when there was a new worker and Steven was in charge of training the new employee to do their job.

The repetitive nature of the work allowed a break for lunch in which they all would gather in the cafeteria to share a meal with one another.   The food was surprisingly good for an automobile factory’s cafeteria and it kept the workers in good morale.

The hours past and it was time to conclude the work day.  Steven, as foreman, alerted the crew around 4:30 that it was near time to clock out and go home.  The workers, skilled in their routine, would shut down the equipment and return excess supplies to the storage area.

Today, like every other day, 5:00 finally arrived.  The work bell rang as the workers were finishing their work.

It was time for Steven to go home to his wife and children to spend precious time with them which was all-too rare.

Driving up that Thursday evening, traffic was bad as it always was.  He listened to the news on the radio.  It looked like they had finally tracked that missing plane.  However, it didn’t seem like much of a success since there probably would be no survivors.  For some reason, the newscaster seemed more optimistic about it then Steven did.

Baseball season was starting soon.  “Boston could give the Yankees a run for it this year,” he thought to himself.

He changed the station on the radio to listen to some more music.

“George Jones, George Strait, and Jason Alean; Jukebox heroes, that’s all that they are.  But, when they play those sad-drinking songs, my heart can’t help but sing along.”

“When Alan Jackson sings, ‘Midnight in Montgomery’ and Tim McGraw sings ‘The Ride’, the songs of Hank Williams take hold of my memory.”

He continued his drive home.  Penelope would surely by ready to serve dinner when he arrived home.

After a hard day’s work, he could not help but have a smile on his face.  The work was physical and monotonous, but it allowed him to share the grace of living with his wife and a happy family.

As he parked in his driveway, a brighter smile appeared on his face.  He opened the door, only to be greeted by his wife.  Once again he realized how much he loved her and how much he always would.

His family sat down to share dinner.  It was him, his wife, and his two daughters.  They shared an expertly crafted dinner prepared with care by his wife.  It was fettuccini alfredo with lemon-herb chicken and garlic bread.

As they sat down together to enjoy their dinner, he realized how much happiness the monotonous routine of family life meant to him.  He had a good job, he had a beautiful wife that loved him and that he loved, and he had two children who he adored.

He blessed the day only to wait for another.

I love this song of Travis Tritt. Had't heard anything new from him for a while.
Thanks for sharing your "Cowboy" news! :-) 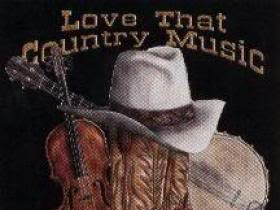